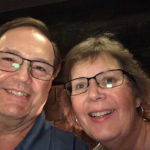 A large portion of the Loveland community has lost faith in the Loveland board of education and school administration.   This is clear from the decisive 78% to 22% defeat of the school levy and bond issue on November 5th. Further evidence is provided by the fact that the two board members running for reelection each garnered only around 50% of the vote while running unopposed, meaning that half of those who voted chose to vote for neither of them. Before putting another levy on the ballot, the board needs to take substantive actions to regain the community’s trust.

Others in the community have recommended three actions: terminate the land purchase contract with the Grail, terminate the Allerton Hill consulting contract and implement Ohio’s open checkbook. All three are excellent ideas and we support them wholeheartedly. These three actions would demonstrate that the board is responding to the electorate and that they are committed to communicating openly, honestly and with full financial transparency. In addition, the board needs to demonstrate a commitment to providing strong, fiscally responsible governance in the future. We therefore recommend two additional actions.

The first is to implement an annual budgeting process that starts with a strict cost cap tied to taxpayers’ ability to pay. A relatively simple way to do this would be to limit the total expenditure per student, including both operating and non-operating expenditures, to a fixed percentage of the median income in the district. We recommend a limit of 20%, which according to Ohio Department of Education data corresponds to 2013 levels, before the ramp-up that occurred over subsequent years. This would serve to ensure that school taxes do not continue to consume an ever-increasing portion of household income and restrict tax levies to levels more acceptable to voters.

The second action is to use a zero-based budgeting approach to allocate money within the budget cap. This is a standard budgeting method in which the budget allotted to each expense category starts at a base level of zero and moves up from that level only to the extent that is justified by its benefit. Because of its focus on cost versus benefit, this method forces much better prioritization and decision making than the typical method wherein each expense is assumed to start at the prior year’s level plus a standard annual increase. In this context, benefits would need to be defined as proven, quantifiable impacts on academic performance in order to ensure we deliver the best education our community can afford for our children.

Taking these actions now would go a long way toward convincing the community that the Loveland board of education is actively supervising school administrators, ensuring sound management of the school system and advancing the interests of the entire community. After all, that is what we elected them for.