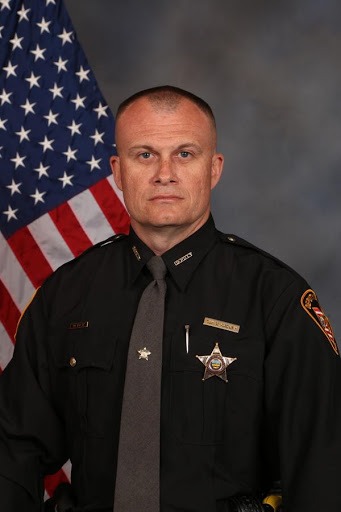 BATAVIA, Ohio – Today, Clermont County Commissioners join all the elected officials and employees of Clermont County in mourning the loss of a brave deputy sheriff who lost his life in the line of duty.

Commissioners extend their deepest condolences to the family of Clermont Sheriff’s Detective Bill Brewer, and thank him and Lt. Nick DeRose, who was injured, for their bravery.

On Saturday, Feb. 2, at 10:30 p.m., Detective Brewer and Lt. DeRose responded to a call from a male who had barricaded himself in his apartment in Pierce Township and was threatening to kill himself. Both officers were shot.

Detective Brewer, a 20-year veteran of the Sheriff’s Office, was transported to Anderson Mercy Hospital, where he later died as a result of the gunshot wounds he sustained. Deputy Brewer is survived by his wife and a 5-year-old son.

Lt. Nick DeRose, a 22-year veteran of the Sheriff’s Office, was transported to University of Cincinnati Medical and was later released.

The suspect was taken into custody.

“We thank Lt. DeRose, whose injuries were, thankfully, not serious. We thank all the men and women of the Sheriff’s Office and our local police departments and fire departments who responded throughout the night to work together to bring this situation under control.

“Our hearts are heavy today for this loss to our community. We send our prayers to the families of Detective Brewer and Lt. DeRose,” Commissioner Painter added.

Said Commissioner Ed Humphrey, Vice President of the BCC, “This is a sad day for Clermont County and for the brave men and women of our Sheriff’s Office. Every day, with courage and dedication, they go out into the community to keep us safe, never knowing what the day may bring. Today, it brought tragedy and a loss that is beyond understanding. We can’t thank Detective Brewer and his family enough for his ultimate sacrifice. God bless him, Lt. DeRose and our entire department of first responders.”

Commissioner Claire Corcoran said, “Words cannot adequately capture the grief in our hearts today. Detective Bill Brewer gave his life in the pursuit of protecting our community and Lt. Nick DeRose was wounded. How can we explain the shock and pain we feel at this terrible outcome? All we can really do is keep Detective Brewer and his family in our thoughts and prayers and hope that we never again experience this kind of tragic event.” 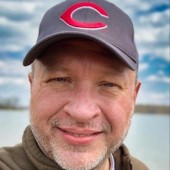 Long-time and award-winning Cincinnati-area journalist, radio show host, Podcast producer and photographer Joe Wessels is the founder and editor (and kinda the do-everything guy) of Loveland Local News. Previously, Wessels was the Cincinnati City Hall and Hamilton County reporter for The Cincinnati Post and a weekly columnist for Cincinnati CityBeat where he regularly broke news. Wessels moved to Loveland in 2014 and quickly realized Loveland would be a great place to fulfill his dream of creating his own online news and information publication.

Clermont County will not sound sirens