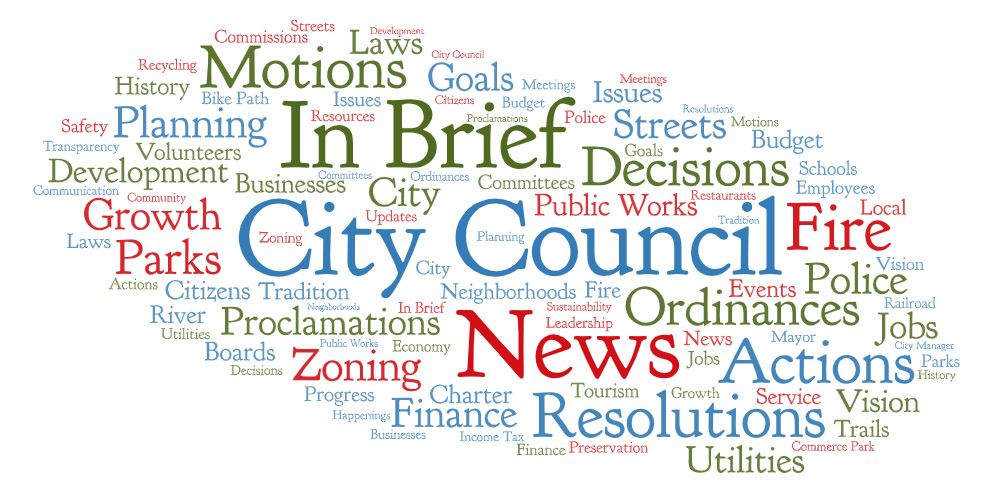 The Loveland-Symmes Firefighters Association made a donation to the Loveland Stage Company.

Minutes from the July 28, 2020, City Council meeting were approved.

City Council adopted a resolution authorizing the City Manager to execute an agreement with Desman Design Management to complete a parking rate study in the amount of $16,000.  The study will assess potential revenue from both the proposed parking facility and on-street parking meters.

A resolution was adopted that permanently modified the hours and dates of the City’s Designated Outdoor Refreshment Area (DORA). The resolution allows the DORA to be in effect daily from 12:00 p.m. to 11:00 p.m.  In April, Council adopted a resolution that temporarily modified the City’s DORA guidelines as a result of mandates implemented by the State of Ohio that reduced occupancy limits due to the COVID-19 pandemic.  The modified hours and dates have proven to be beneficial to the business owners, well received by the community, and have not generated policing issues.

Council introduced an ordinance that would allow the proceeds from the sale of the property located at 718 and 720 Highland Avenue to remain with the Loveland Community Improvement Corporation (CIC). If approved, the CIC would use the funds to advance, encourage, and promote industrial, economic, commercial, and civic development in the City. The second reading and vote on this ordinance will occur at the August 25 meeting.

At the request of the Loveland Planning and Zoning Commission, Council scheduled a public hearing on September 22, 2020, to consider two zoning text amendments.  The amendments would define “retail warehousing,” and add retail warehousing as a permitted use within the Light Industrial (L-I) District.  This ordinance will be introduced at the September 8 meeting. The public hearing, second reading, and vote will take place on September 22.

The quarterly financial report was adopted. This report is reviewed by the Loveland Finance Commission before being submitted to City Council for approval.

An executive session was held in accordance with Ohio Revised Code (ORC) Section 121.22 (G)(2) to consider the sale of property.  No formal action was taken when Council reconvened in regular session.

City Council meetings are held on the second and fourth Tuesdays of the month at 7:00 p.m.  The meetings are held at City Hall, 120 W. Loveland Avenue, and are open to the public. Meetings are live streamed on the City’s website, and a video recording of the meeting is posted on the website after the meeting. Meeting agendas and supporting documentation are posted on the City’s website prior to each meeting. Additional information on actions taken at the City Council meeting can be obtained the following day by contacting the Clerk of Council at 513-707-1437 or mbrents@lovelandoh.gov.